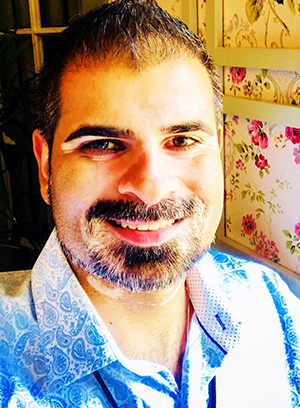 Karim Premji is a graduate of the Institute of Holistic Nutrition as a Valedictorian with First Class Honours and has also completed his Certification in Clinical Iridology. Before starting his wellness career, Karim studied Information Technology Management at Ryerson University where he also graduated with First Class Honours. During his studies, he built a supplement business that now has over 70,000 customers through a direct sales model. This shifted his passion towards being a wellness entrepreneur and he decided to become a Nutritionist. After graduating from IHN, he became a nutritionist at Healthy Planet, a leading health food store.  Three years later, he is now the manager of one of the busiest locations in Toronto on the Danforth. He is also on the Field Advisory Council for a supplement company called TriVita. Karim has also been in private practice where he has helped many people with Clinical Iridology and optimizing their diets for wellness. He is also a writer and has been featured in a Documentary film, The Wellness Story,along with a few segments on Rogers TV, Health Matters. As a graduate of the Landmark Worldwide Curriculum for Living, he loves to share the possibility of wellness and transformation as a state that can be achieved through living a balanced lifestyle and being ‘at cause’ of one’s own health and wellbeing. Karim teaches Fundamentals of Nutrition at the Institute of Holistic Nutrition’s North York Toronto Campus.