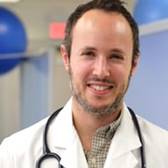 $39 + HST (Payment due upon registration)

PLANT, DRUG MEDICINE — ALL YOU WANT TO KNOW ABOUT CANNABIS

In April 2019 Ontario will see it’s first brick and mortar legal cannabis dispensaries. This evening’s seminar will be structured as if you were undergoing training to be an expert “bud-tender” at a fictional cannabis retail location. In 2018 Canada became the second country to legalize cannabis nationally. In its wake there remains a great deal of misinformation and lack of education around cannabis as a recreational drug and a botanical with medicinal value. By attending this seminar you will gain a solid understanding about Cannabis as a plant, a drug and as a medicine.

Your “training” will be divided into four sections:

Key Topics will include:

Since 2010, Shawn has been a pioneering force behind the naturopathic treatment of disabling neurological conditions such as Traumatic Brain Injury, Spinal Cord Injury, Multiple Sclerosis and Stroke. His primary practice operates out of Physio-Logic. After graduating from the Canadian College of Naturopathic Medicine, Shawn underwent additional certifications in Intravenous Therapy, Pain Management,Mesotherapy, and Scalp Acupuncture. He is a member of the Ontario and Canadian Association of Naturopathic Doctors and the Pediatric Association of Naturopathic Physicians. Shawn began his practice in Toronto’s Yorkville district focusing on anti-aging medicine, sports medicine,and integrative cancer therapy, where he worked with members of The National Ballet of Canada, The International Alliance of Theatrical Stage Employees, The Directors and Actors Guild of Canada, and The Ontario Provincial Police. In 2011, Shawn opened a secondary practice in the town of Erin, Ontario, where he often acted as the sole primary care provider for his clients treating and managing an array of conditions unique to the area, including horseback riding related injuries. In 2012, he was awarded the title “Best Naturopathic Doctor in Canada” by the web-based group NaturalHealthcare.ca. Noticing that there was a major deficiency in the care of severe neurological conditions, Shawn began to focus in the development of complimentary and integrative treatment for debilitating neurological conditions.